Virginia Woolf and the bipolar disorder

January 26, 2016 in Literature and Psychiatry 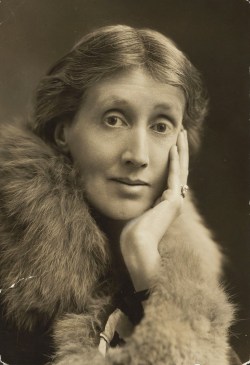 Many wonder if there is any relationship between creativity and mental disorders among writers. For they are often afflicted by such disorder, as was the case of Ernest Hemingway, plagued by depression, and as was also the case of Virginia Woolf.

According to Katerina Koutsantoni, Virginia Woolf seemed to have foremost a genetic predisposition to the development of mood disorders: her father had signs of cyclothymia, alternating outbursts of anger with moments of intense melancholy; her half sister had been institutionalized before turning 18 because of symptoms consistent with schizophrenia; the writer’s grandfather was a taciturn and reclusive person; an uncle of hers finished his depressed life in a mental hospital, dying because he stopped eating, according to reports. In his troubled life Virginia had a first crisis at age 13, after her mother’s death. Symptoms of depression at that time were mingled with unmotivated laughter and mental excitability, which could be interpreted as part of a mixed episode of bipolar disorder. Two other major crises erupted at age 22, with her father’s death, and later on, at age 31, possibly after having an intense argument with her husband. Virginia’s mood episodes were preceded by insomnia, psychomotor agitation and distress, which were perceptible to her family. Those living with the disease, or those who have a relative with the disorder, know that these are warning signs for the beginning of a new episode. But if on the one hand foreseeing a crisis today can be considered a good thing, because there are ways to abort it with drugs, at that time there were no available effective therapy, and seeing a mood swing come could be very distressing. It was not infrequently that she heard voices during these periods as well. With several suicide attempts throughout her life, she finally managed to kill herself by drowning herself in the River Ouse at age 59, when she felt another attack was about to come. In this last one, she said she was going crazy at that time and was certain that she would no longer come back from the state of madness.

Although some hypothesized that Woolf suffered from post-traumatic stress, what is accepted as almost certain is that the writer actually had bipolar disorder with phases of depression, hypomania (agitation, euphoria and pathological states of accelerated thinking), and phases of mixed mood (hypomania and concomitant depression).

There is some research on psychiatric disorders in writers, but in general it is hampered by two factors; writers and other artists are reluctant to be seen through diagnostic labels (which is legitimate to some extent), and they often mistakenly believe that diagnosis and treatment would be sort of frameworks of their production, having the effect of decreasing their creative capacity. Secondly there is also a reluctance of mental health sciences in facing mental disorders in creative geniuses as diseases and not part of a creative temperament because of a romantic bias, as is often done.

Accordingly, research has shown that in fact these artists have a higher rate of psychiatric disorders as compared with the general population. In a survey 80% of writers said they have had some mood episodes throughout their lives, while for a control population that rate was of 30%. Concerning diagnosis, the highest prevalence was of bipolar affective disorder in the studied samples. Another study revealed that personality traits such as psychoticism are related to creative activity.

Thus, both the diagnosis of bipolar disorder and the personality trait “psychoticism” are related to creativity and are more prevalent in writers. The first possibly provides intense emotional experiences that can nourish important substrate for artistic creation. The second favors daydreaming, imagination and fantasy.

Nevertheless, it is critical that exceptions be made, just so we do not fall into the mistake of romanticizing psychiatric illness; in Woolf, the most prolific phase of her writing was after the second crisis, when she found a long period of remission of her symptoms through treatment. It was when she wrote her great works, “Mrs. Dalloway”, “To the lighthouse,” “Orlando”, and “The Waves”. During her crisis, she stated that she “could not think clearly again,” that she lost her concentration and became extremely distressed thereof. So it was with Hemingway too, which produced more after the improvement of his mental state, after having undergone electroconvulsive therapy sessions.

Bipolar disorder may be associated with creativity, but, nevertheless, it should be treated. Not that one wants to block the ability to create with treatment, as this does not happen (it’s a myth), but so as not to miss creative geniuses to the disease, as in the case of Virginia Woolf.